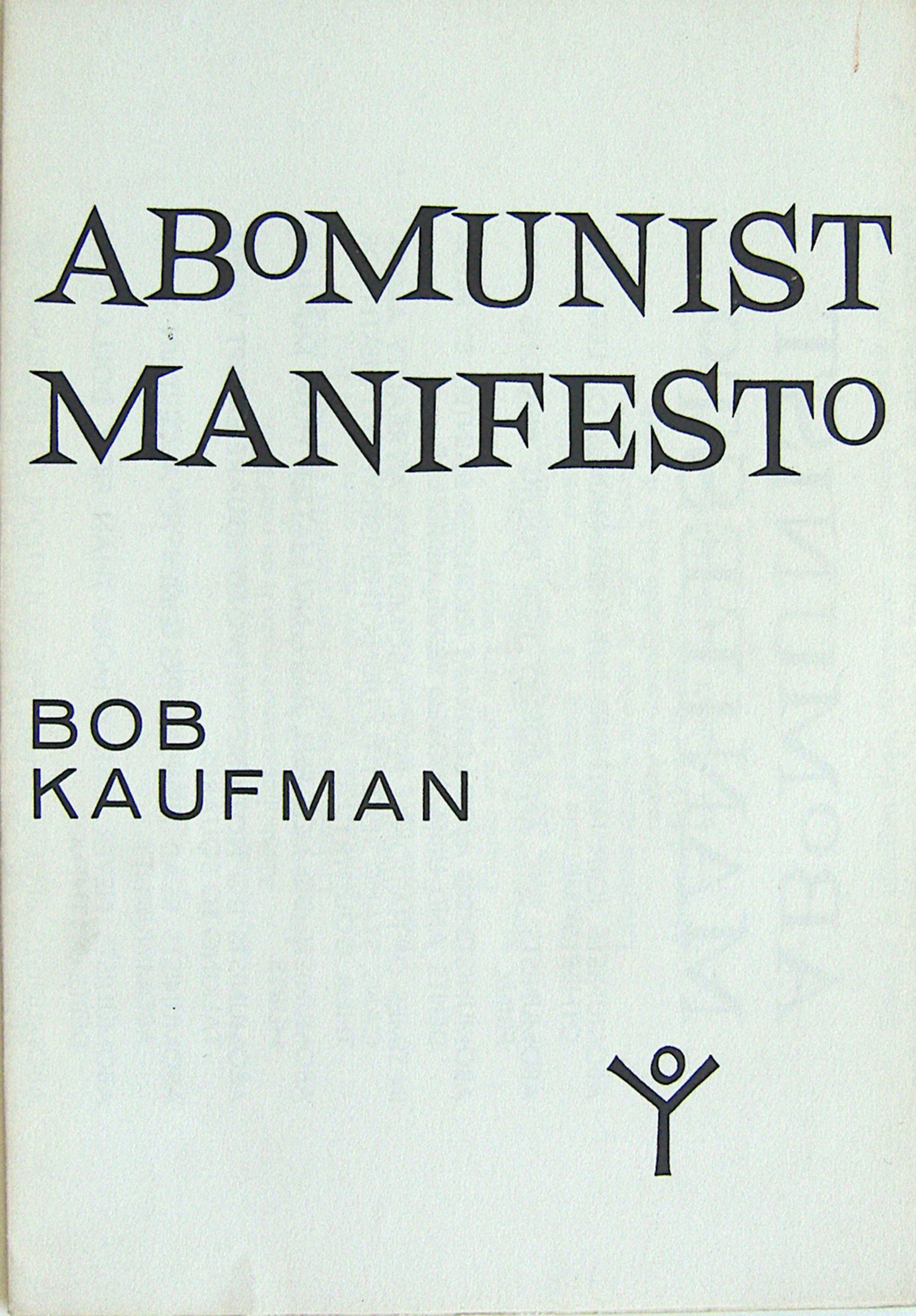 Often overlooked in the The Beat Generation circles are the black writers, poets, artists, and musicians that in many ways influenced the style, rebelliousness, and free-thinking that gave the movement flight amongst the youth. Surreal jazz poet Bob Kaufman was an integral part of the scene and is too often eclipsed by the more mainstream works of Ginsberg or Kerouac, once transgressive, they now exist on many high school reading lists and in Hollywood film adaptations. Kaufman’s work still remains a well-kept secret to newer generations, but despite this status, its no less potent than it wad first published in 1959. Anarchism is humorously brought to life using vivid metaphors, word play, and is a tongue-in-cheek dig at the very artistic circles he frequented. Using other wordly and metaphysical language, Kaufman creates a surrealist manifesto that both critiques and engages with the ethos of the art movement, exploring the great paradoxes that existed within the new generation that was forming in New York City and San Francisco. Managing to be self-aware enough to not take himself too seriously, while not minimizing the great oppression and strife that was being felt by the working-class at the time, Kaufman’s manifesto becomes a blueprint into the psyche of the beats and their counterparts in Oakland and San Francisco, known as the San Francisco Renaissance. Known for an improvisational style, often recited over a jazz accompaniment, he also was involved in labor organizing and political activism.