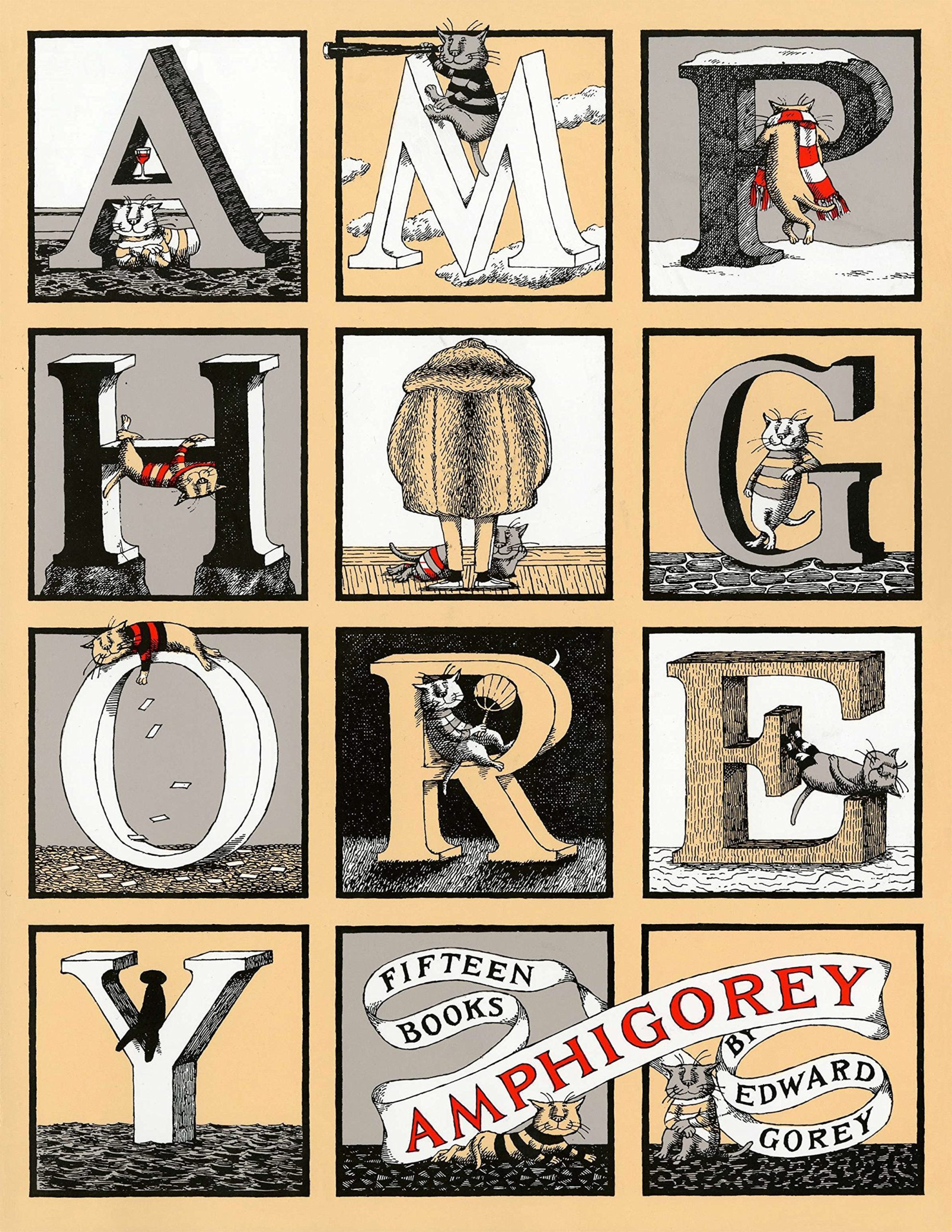 For every happy child that grew up reading the amusing and quirky nursery rhymes of Dr. Seuss, another child with a taste for something morbid sat in the dark reading the macabre poems of Edward Gorey, equipped with his own style of sinister sketches. Known for his seminol classic “The Grashlycrumb Tinies”, which teaches children their ABCs with rhymes about kids meeting a tragic end in darkly humurous ways, Gorey was born in Chicago to less than humble means. While many children were reading Roahl Dahl, Gorey preferred Edger Allen Poe and admiring Goya, which helped shape his creepy Victorian style of drawing. He’d later study poetry and art at Harvard, being one of the founders of the Cambridge Poetry Society. For the next 5 decades he’d build himself as a household name from the United States to the United Kingdom, writing and illustrating hundreds of poems, including a book about cats he co-authored with legendary poet T.S Elliot. In the pages of Amphigorey: 15 Books you’ll find some of the work Edward Gorey created that truly helped build his reputation. Living most of his life as a recluse, Edward Gorey were largely considered “a-sexual” spending his time peacefully residing at his infamous gothic manor on Cape Cod in Massachussetts, where he was known to keep to himself, fully engaged in the world of comedy and despair that occupied the pages of his books.