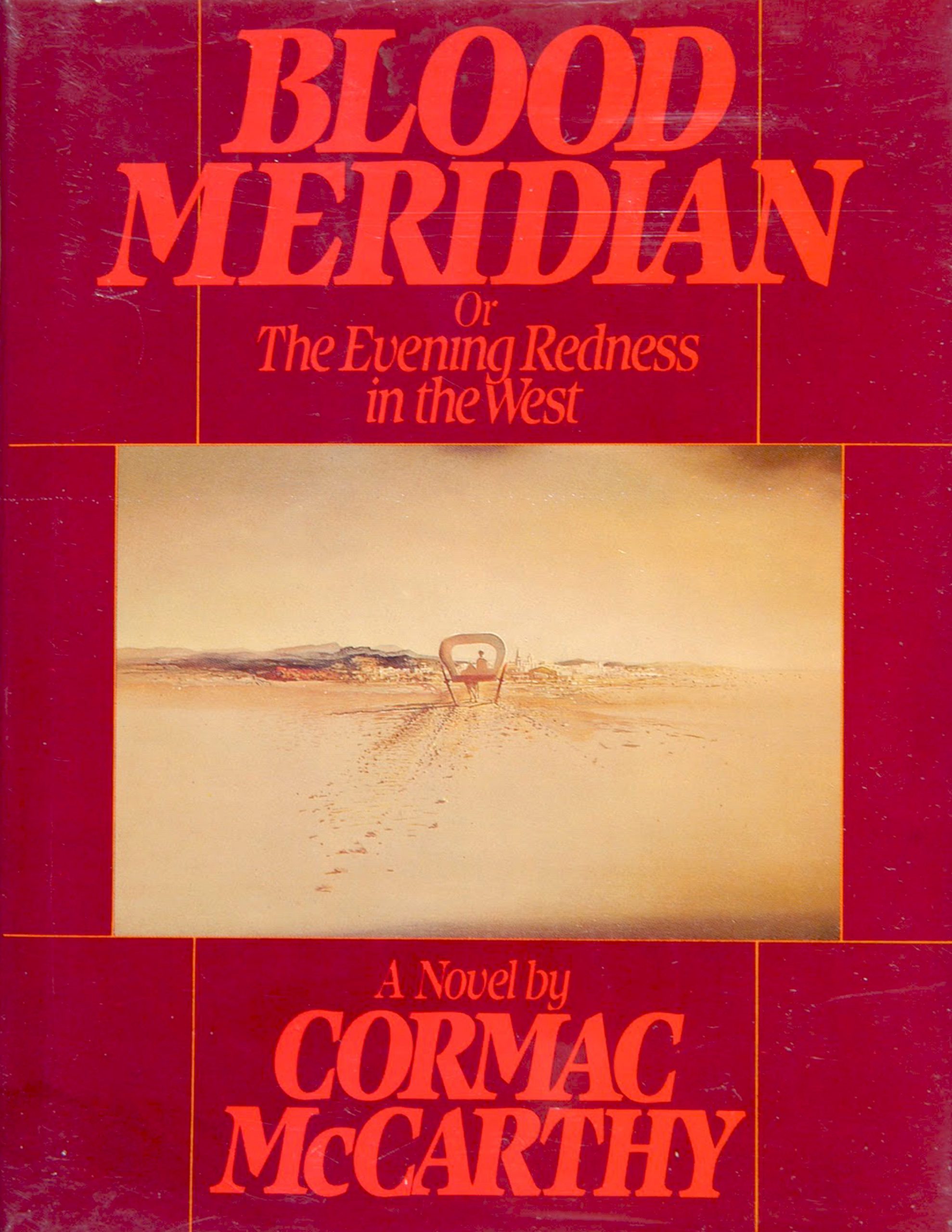 “When the lambs is lost in the mountain,” he said. “They is cry. Sometime come the mother. Sometime the wolf.”

When Cormac McCarthy set out to commit utter destruction of the Western genre glorified by dime novels and John Wayne, he ironically placed his magnum opus Blood Meridian at the top of the list as “The Great American Western”. Through his destruction of the genre came his creation, considered the most brutal and realistic novels about the west ever written. Part twisted coming-of-age story, part anti-Western, a deconstruction of the white-washed portrayals of indigenous people as savage, the book takes us back to 1850 and follows “The Kid”, a teenage runaway that ends up recruited by group of violent scalp hunters contracted by the US government to kill indigenous people on the US / Mexican border. Cormac spent nearly a decade doing research for the book, including traveling the dusty trail his characters take through Mexico. This novel takes the reader on a journey paved in blood, as the incredible prose-style paints the bleakest portrait of the American West ever written, describing a wasteland of unspeakable horror. “The Judge”, the novel’s antagonist, is one of the most terrifying portrayals of American colonialism ever written.