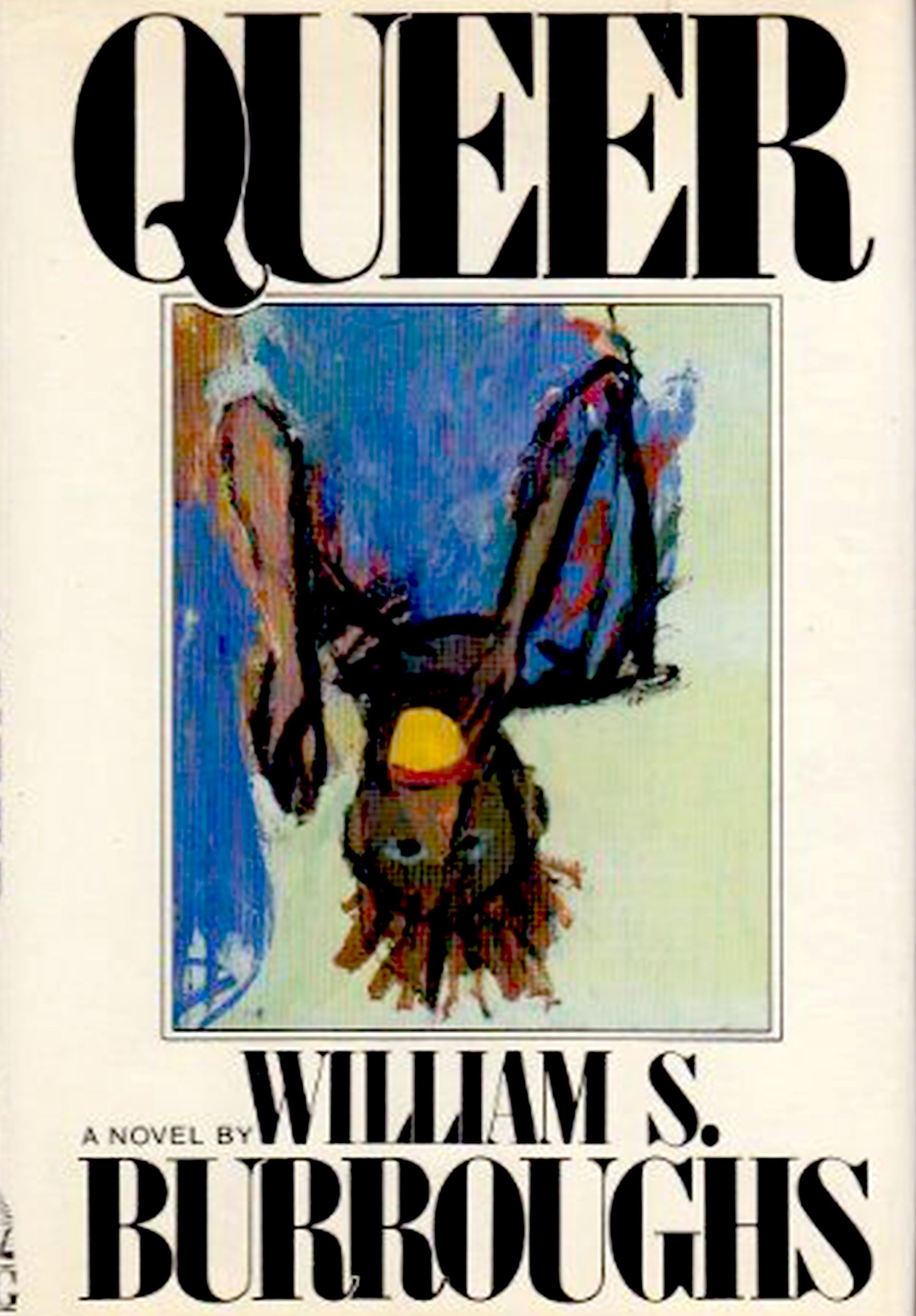 Written sometime between 1951 and 1953, Queer would form the third novel by William S Burroughs if you’re including the lost true-crime book he co-wrote with Jack Kerouac known as “The Hippos Were Boiled In Their Tanks” about a murder committed by their close friend and beat founder Lucien Carr. Unlike “Junky”, where Burrough’s alter-ego anti-hero protagonist Mr. Lee explores his own addiction in New York City, crafting a hypnotic hard-boiled crime story about an addict searching for his fix, Queer features Mr. Lee clean from heroin (which Burroughs was at the time), thus losing the comfort and sedation of the drug, unleashing pent up emotions deep in his sub-conscious that he could no longer silence with heroin. Having left New York in the novel, Burrough’s character Lee settles in Mexico City, where he’s surrounded by expatriate college students and soldiers barely scraping by on their GI bills. Lee’s journey leads to him exploring his own sexuality, making plans to search for Yage (also known as DMT) with tribes in South America (something Burroughs would later do), the various relationships he builds amongst the locals, and the relationships he destroys in his own isolation. Often described as Kafkesque, with a frank honesty about addiction fluenced by De Quincey, the book wouldn’t be published until 1985. Not considered a “queer writer” by trade, Burroughs often drew controversy amongst its literary critics for his almost alien-like subjective (and often disturbing) depiction of his own sexuality. Seen as a flaw by many, it’s this unique perspective that helped Burroughs create one of the most fascinating and introspective voices in Western literature.