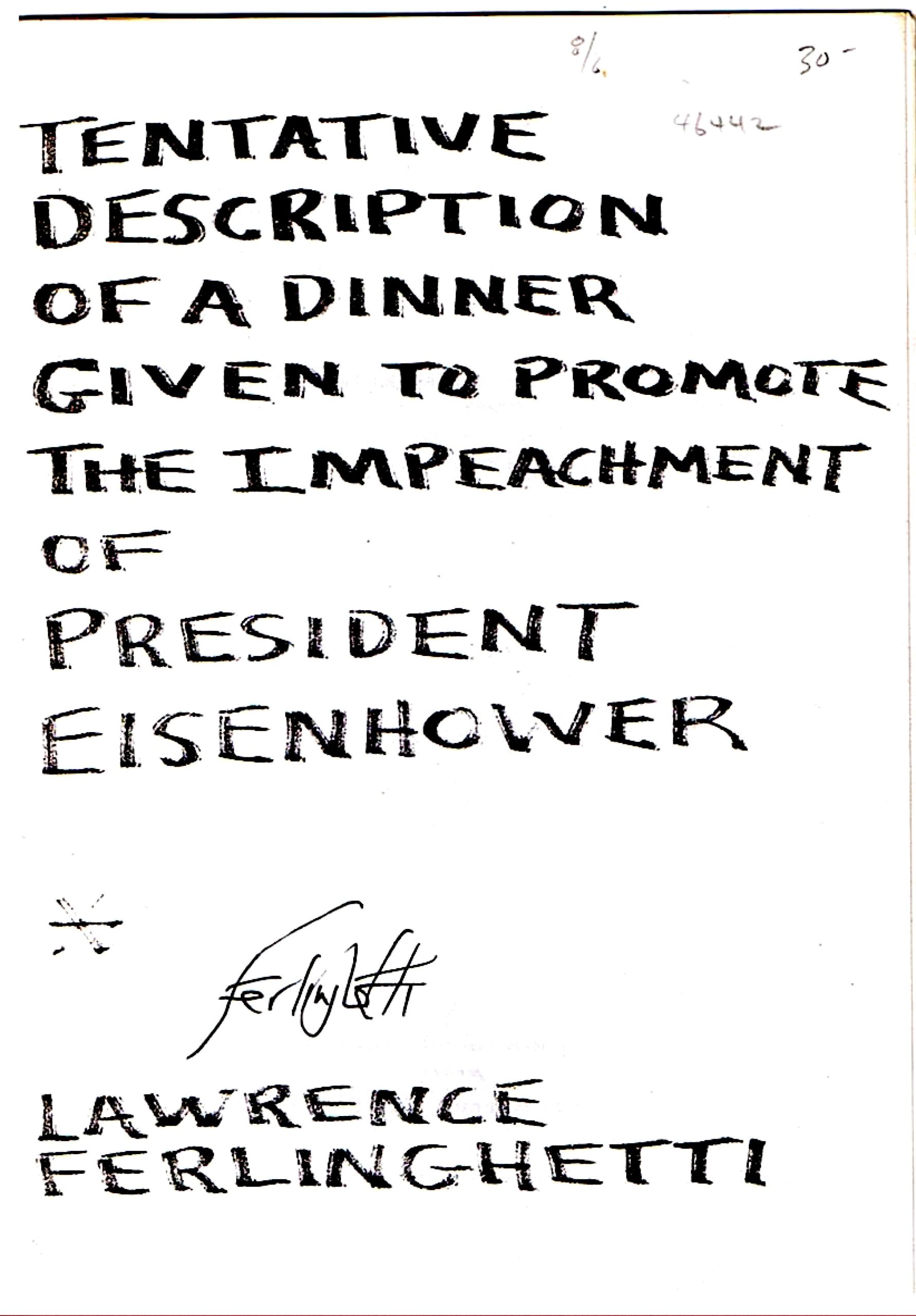 Perhaps the single most important player in all of Beatdom, poet/activist Lawrence Ferlinghetti founded City Lights Booksellers & Publishers in San Francisco in 1953. Starting as a small, paperback press and bookstore for the burgeoning youth and civil rights protest movements, City Lights soon found itself embroiled in controversy when Ferlinghetti published Allen Ginsberg’s incendiary long-form poem Howl, which almost immediately generated protests and quickly got the attention of the US Government, who attempted to have the book banned on ‘obscenity’ charges. Ferlinghetti stood by Ginsberg and the work, eventually winning the case. However, Ferlinghetti’s own literary works are themselves worthy of recognition, and Tentative Description of a Dinner Given to Promote the Impeachment of President Eisenhower is a blistering example of how poetry can be a catalyst for protest and change.