Homepage > The Diary Of A Drug Fiend 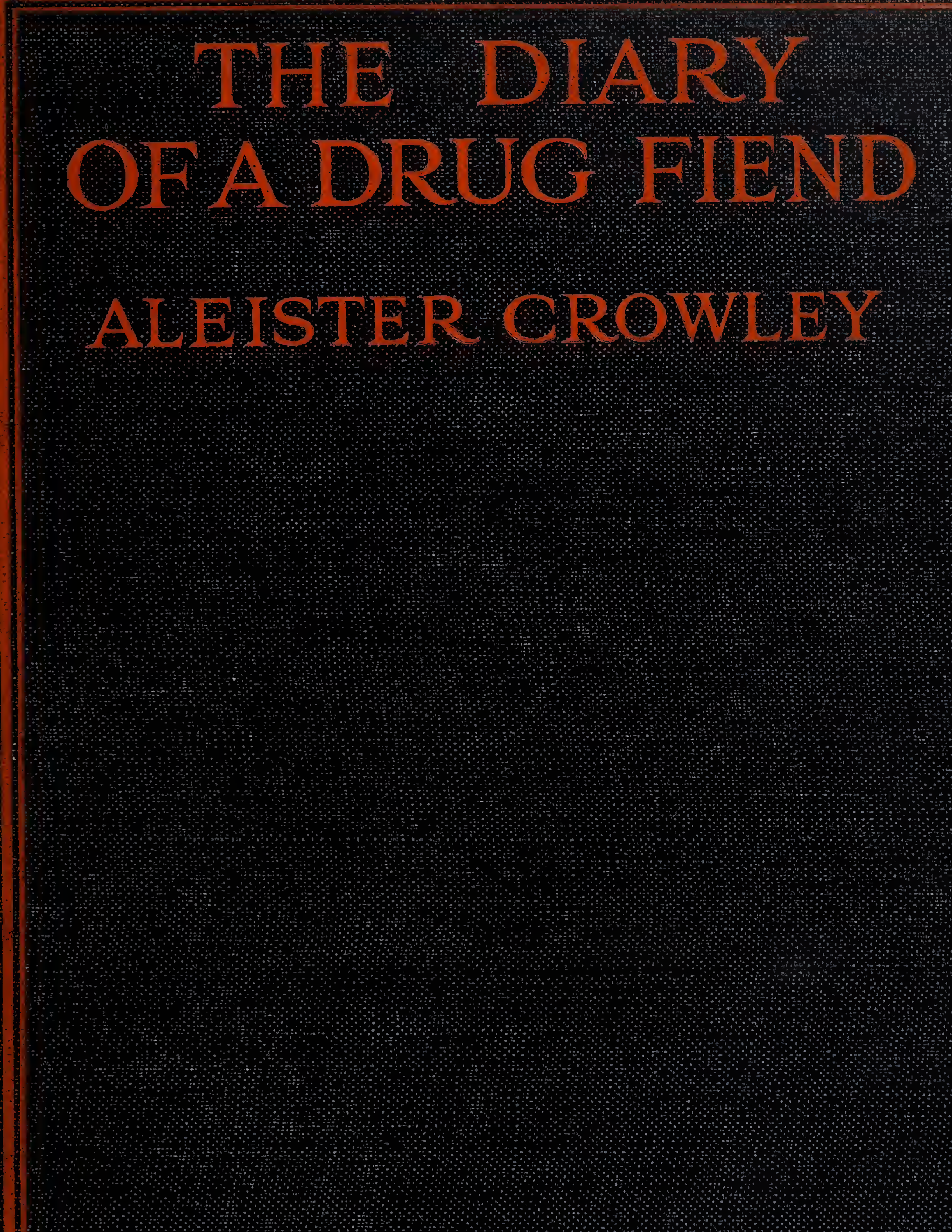 The Diary Of A Drug Fiend

Before he became known as the  “Wickedest Man On Earth”, occultist Aleister Crowley penned this semi-biographical novel of a drug addicted couple caught in a web of self destruction, debauchery, and magic.

When aristocrat Sir Peter Pendragon, a former WWI air force pilot, comes into a large inheritance from his uncle after coming back from the war, he’s at a stand-still in his life. All that changes when he has a chance encounter with the seductive Louise, an earnest femme fatale and devoted follower of Basil King Lamus. So begins their honeymoon across Europe, which quickly dissolves into a heroin bender.

Gradually approaching rock bottom, the couple attempts suicide by poison, but are saved by the divine intervention of Basil. Can they find salvation in the world of magic and demons? Or will they slowly be dragged back into the pits of chemical dependency?

With clear influences from De Quincey’s “Confessions Of An English Opium Eater”, “Diary Of A Drug Friend” is a brutally honest work from one of America’s more elusive and mysterious figures. Ahead of its time for its frank portrayal of drug use, this book remains a powerful piece of literature in the canon of drug diaries that trail blaze a path for writers like Hunter S. Thompson and William S. Burroughs.