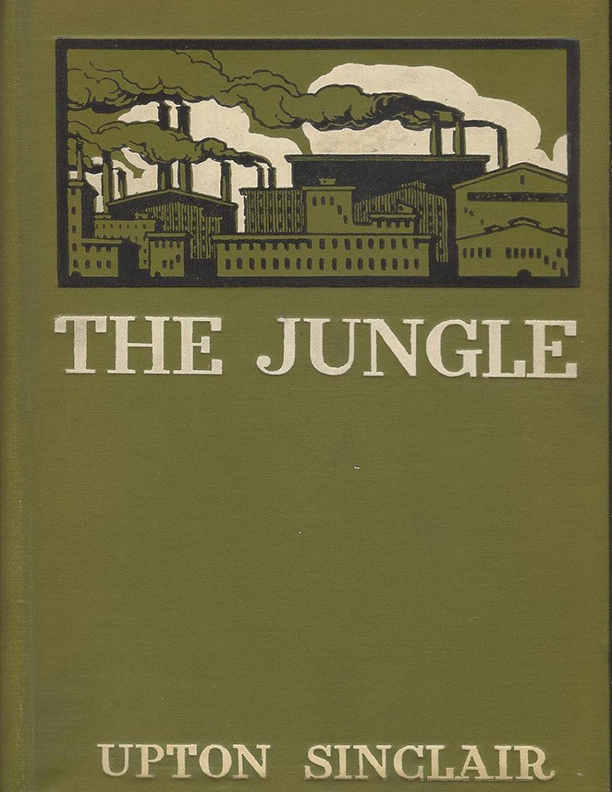 “I aimed for their hearts, but I hit their stomachs”, Upton Sinclair famously remarked after the public outcry in response to his muck-racking novel about the brutal conditions of the meatpacking plants in America at the turn of the century. Sinclair’s first journalistic breakthrough follows the exploits and exploitation of Jurgis, a meat-packer, and his immigrant family, after they migrate from the farmlands of Poland to the gritty streets of Packington, a meat-packing district in downtown Chicago. In search of the American dream, Jurgis soon realizes the cost. Are Jurgis and the exploited immigrants the meat sacrificed to keep the corporations in power, or is the farm animals? Sinclair was so determined to answer that question, he disguised himself as a meat-packer to infiltrate slaughterhouses to research materials for the book.

From the same author that brought you “Oil!”, which was later adapted for Paul Thomas Anderson’s masterpiece There Will Be Blood, comes his magnum opus, a family saga drenched in the blood, sweat, and tears of the vulnerable, with unfettered capitalism its symbolic abattoir. A book so shocking that Teddy Roosevelt tried first tried ban it, then later used it at hearings to pass the Meat Inspection Act, missing the major point of the book: It’s indictment of worker’s rights and the brutal sweatshops that powered America through the boom years of industrialization.