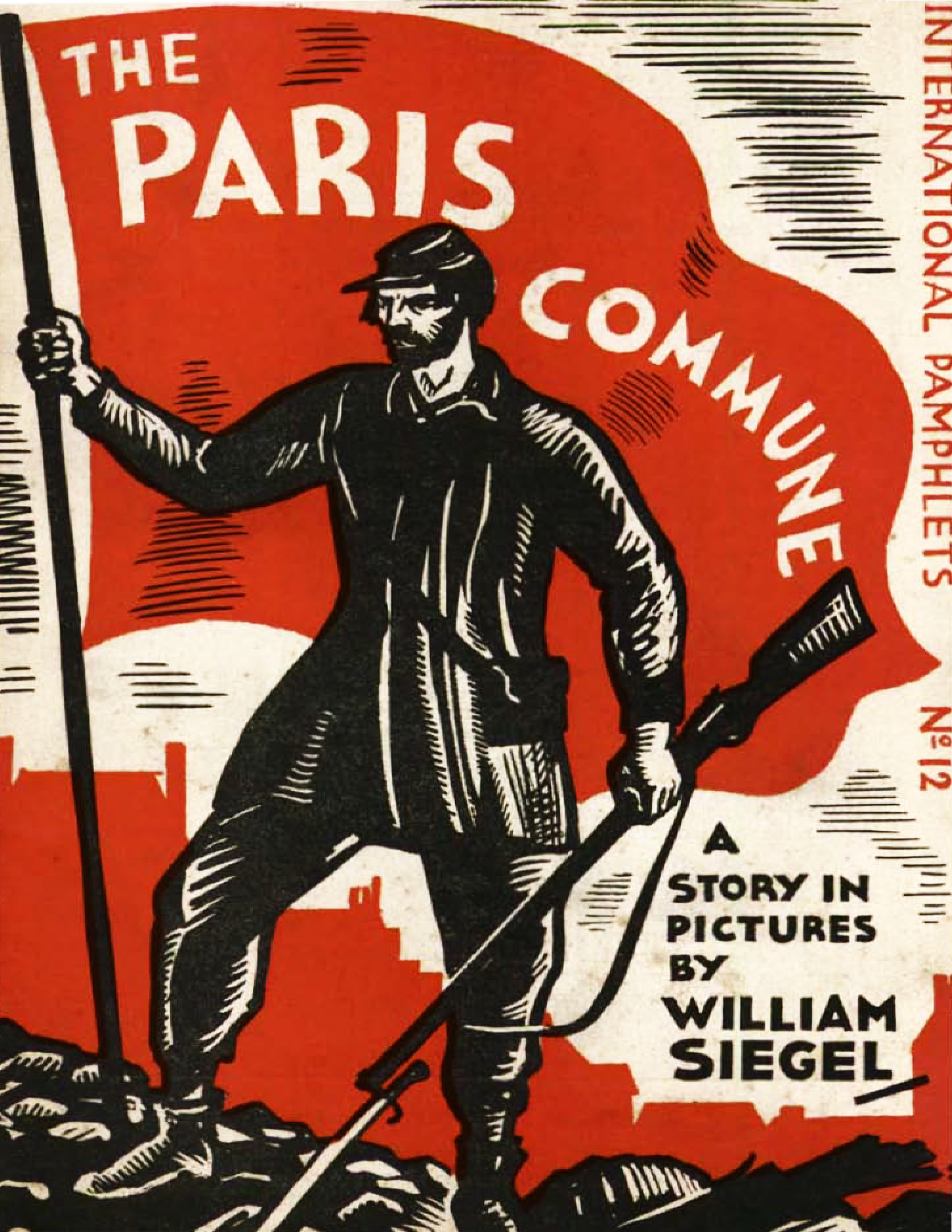 The John Reed Clubs were active from 1929-1935, advancing an explicitly communist agenda with a focus on revolutionary labor rights. International in scope and proudly operating under the aegis of the CPUSA, these clubs attempted to organize and educate “creative workers” from all fields and professions. Much like the aforementioned trio of magazines, JRCs certainly had the revolutionary spirit, but these were also cosmopolitan-based ventures controlled by New York’s bohemian crowd; a critique they certainly weathered at the time, and one that continues to this day. But even for their debatable intelligentsia status, the JRCs put in work. They churned out education literature and held workshops on all sorts of trade and craft work.

Printed in 1932, this pamphlet tells the story of The Paris Commune, a months-long overthrow of the capitalist class by the workers in the city of Paris in 1871; “the first attempt at a proletarian dictatorship.” The narrative is primarily told through pictures illustrated by CPUSA stalwart William Siegel, but a wonderfully simple-yet-thorough introduction by Alexander Trachtenberg lays down the basics and recounts some key passages by Marx on the Communards’s efforts. Siegel’s illustrations of decisive moments during the Commune’s reign show a loving reverence for these revolutionaries who contested oppression with their own lives. Yet, the depictions also have a gritty realness and smokey hue that reminded the viewer of the brutal realities of war.