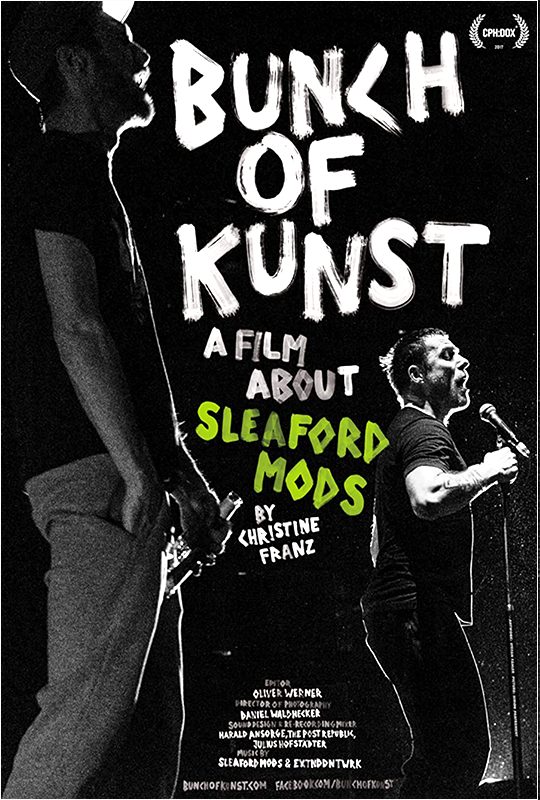 Filmed over a breakneck two-year period, director Christine Franz’s gloriously foul-mouthed and righteously-angered rock doc features Sleaford Mods, an electronic pub/punk rock band from Nottingham, England, as they embark on a grueling European tour and teeter on the brink of stardom and ruin.

Note: please Select a time before you purchase. All showtimes are based on EST